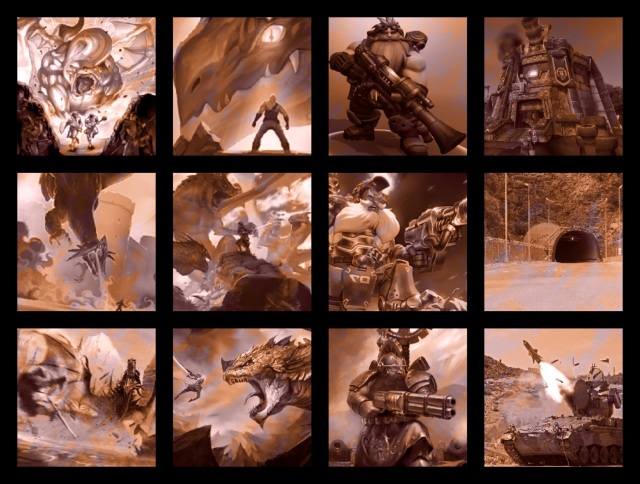 Dwarves lived underground because the surface races of humanity, orcs, and elves were wiped out by gigantic fire-breathing dragons.  Easily over ten meters long (or much, much larger) and while not intelligent but possessed of powerful fiery breath, they scoured the world by eating people and burning all terrestrial civilizations.

Only in the last hundred years has the idea of standing up to the dragons been thought of as anything other than suicide.  Many a dwarf, choosing to distract the beast so his or her scavenging party could return with material from the surface, would die in sacrifice trying to hold of the dragon.  Slowly and at great cost of many lives, however, what they acquired from the surface allowed the dwarves to change the nature of the war.

Things changed with the advent of more advanced technologies.  Dwarves, ever cunning smiths and engineers and making use of surface resources unavailable underground, created firearms, fire-proofing, and powered machinery.  No single invention gave any dwarf clan much of an edge against a dragon, but combined it allowed dwarves to establish a surface foothold for the first time in a thousand years.

From that one foothold has spread a complex of cannon turrets, mountain bunkers, and anti-air platforms.  Though initially limited, the dwarves have carved a permanent territory for themselves where dragons are kept at bay.  The dwarves are now in the process of, slowly but surely, reclaiming the surface world by incremental gains, retaking a world once burned by dragons.