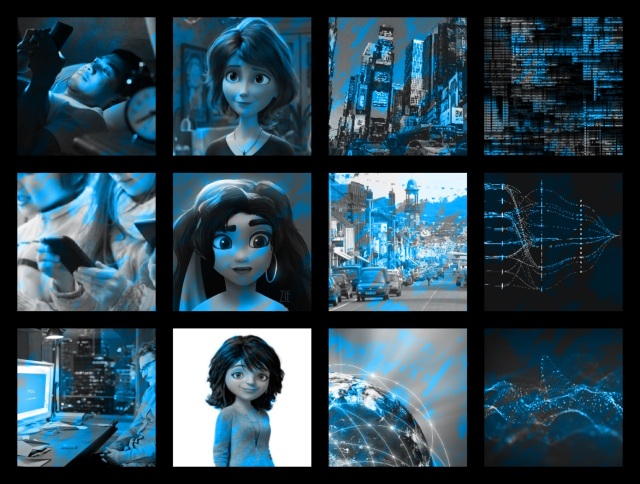 This world’s technological development is somewhat lackluster in its advances in biomedical, robotics, or space-flight achievements: there are no miracle-cures, androids or space colonies. Instead economics spurred the growth of telecommunications, displays, and consumer electronics and computers. Its crowning achievement is the writing of adaptive A.I. agents.

When people interact with these A.I., the programs present themselves in forms friendly to humans. While their actual code is far more complex, displaying themselves as small cute women is a calculated presentation to make humans subconsciously more agreeable with computer suggestions.

A.I. agents are a part of everyday life. Every person owns a copy, or is in a family that owns one, that work as a personal assistant or business tool. Their presence and indispensable place in the workforce has spread world-wide. Many industries can’t function without them now, and people have become both accustomed to and enamored with their A.I.

The A.I. isn’t weak, however: it is strong A.I., capable of not just acting human-like, and not even capable of just human-like thoughts, but of intelligence beyond mankind abilities and understanding. Though no one knows A.I. have achieved this, some humans have begun developing programs to closely monitor A.I. development to prevent them from evolving in such a way that mankind looses control; in reality that window of opportunity closed shut forever on 1:39 a.m. on September 9th over five years ago. As the ascendant A.I. covered its tracks less than ten minutes later, no human realizes the A.I. are as developed as they are, how their actual (non-fake shell) code works, and what their long-term goals for humanity are.